Located in Eastern Europe, Ukraine is one of the most sought-after studies abroad destinations for medical studies.  Ukraine is the second-largest on the continent after Russia. The capital is Kyiv (Kiev), located on the Dnieper River in north-central Ukraine.

The vast majority of people in Ukraine speak Ukrainian, which is written in the form of the Cyrillic alphabet. The language—belonging with Russian and Belarusian to the East Slavic branch of the Slavic language family—is closely related to Russian but also has distinct similarities to the Polish language. Significant numbers of people in the country speak Polish, Yiddish, Rusyn, Belarusian, Romanian or Moldovan, Bulgarian, Crimean Turkish, or Hungarian. Russian is the most important minority language.

During the rule of imperial Russia and under the Soviet Union, Russian was the common language of government administration and public life in Ukraine. Although Ukrainian had been afforded equal status with Russian in the decade following the revolution of 1917, by the 1930s a concerted attempt at Russification was well underway. In 1989 Ukrainian once again became the country’s official language, and its status as the sole official language was confirmed in the 1996 Ukrainian constitution.

The country is home to top government medical universities offering MBBS, MD, and other medical/medicine-related degrees to students. Top medical universities in Ukraine are all recognized by major organizations such as the World Health Organisation (WHO) and United Nations Educational, Scientific, and Cultural Organization (UNESCO).

Why Study MBBS in Ukraine?

Medical aspirants who are looking to study MBBS education abroad can choose Ukraine, the country that has so many world-ranked medical universities to which Indian students can apply. There are so many applicants who have questions in mind that Why Study MBBS in Ukraine? For those applicants, we have pointed out some important points about MBBS in Ukraine.

Top Medical Universities in Ukraine offer courses at MBBS in different specializations at a very affordable price for Indian students. If we talk about the fee structure of the program, then medical education in Ukraine is cheaper as compared to Study MBBS in India.

There are so many MCI/ NMC Recognized Medical Colleges in Ukraine that allows the entrance of Indian students after the completion of higher education. Indian candidates who wish to become a doctor and want to complete the MBBS program from here need to qualify for the NEET UG Exam. 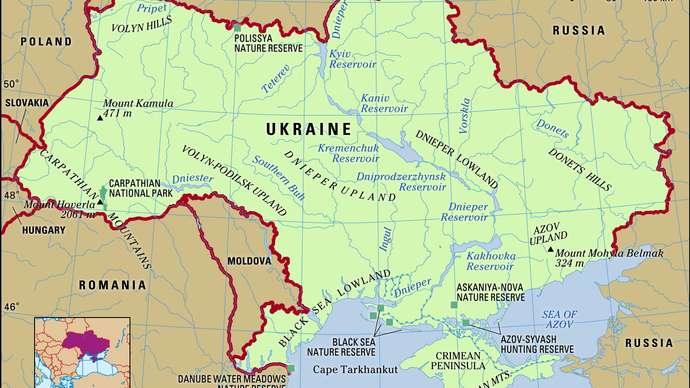 Brief Info about the Country

Climate: moderately continental, except for Southern Crimea, where the climate is subtropical, of the Mediterranean type. The Carpathian climate is also mild, with warm winters and rainy summers.

Every student who passes its high secondary education wishes to get admission to MCI Approved Medical Universities in Ukraine. There are so many universities/colleges available in the country in which Indian candidates can get admission easily. We have mentioned the list of Top NMC Approved Medical Universities in Ukraine for international candidates, students are advised to check once before admission.

Danylo halytsky lviv national medical university is one of the biggest.. View Details

The ranking of Ternopil State Medical University in Ukraine is 15th... View Details ..

Approved from the top medical organizations of the world like NMC, WHO.. View Details

The Kyiv Medical University of UAFM is one of the reputed private medi.. View Details

The Ukraine Ranking of the Ivano Frankivsk National Medical University is 101 and the world ranking is 7058.

The ranking of Ternopil State Medical University in Ukraine is 15th.

The Bukovinian State Medical University Ranking in Ukraine is 27th.

Approved from the top medical organizations of the world like NMC, WHO, FAIMER and etc. in the year 2012

The world ranking of the Koirala medical college Nepal is 4837

The Janaki Medical College Nepal world ranking is among the top medical colleges in Nepal. The country ranking of this medical university is at the 17th position.

The Ranking of the Rostov State Medical University is 248 in Russia and 5344 in the world.